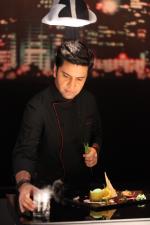 Chef Kunal Kapur is a well-recognized Indian celebrity chef, restaurateur, and media personality known for his food-focused television shows, cookbook and the hosting of ‘High Dignitary’events in the country. He is the host and judge of MasterChef India which is currently in its 5thseason. He is well recognized by the Government of India and was given an opportunity topresent Satvik cuisine to Prime Minister Narendra Modi and German Chancellor Ms. Merkel, inBangalore. He also cooked for 42 first ladies at the India Africa Summit besides an interactive cooking session with them during their recent visit to India.Chef Kunal has an in-depth understanding of regional Indian cuisine having learnt it from the best in the industry during his early career. He is equally adept with innovative Indian cuisine that is at par with the best culinary standards in the world.

This site uses Akismet to reduce spam. Learn how your comment data is processed.